Nieuws
U bevindt zich hier: Home1 / Nieuws2 / Uncategorized3 / Firefox 0day in the wild is being used to attack Tor users 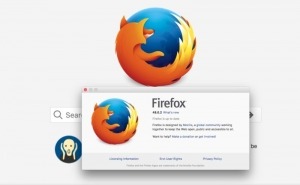 There’s a zero-day exploit in the wild that’s being used to execute malicious code on the computers of people using Tor and possibly other users of the Firefox browser, officials of the anonymity service confirmed Tuesday.

Word of the previously unknown Firefox vulnerability first surfaced in this post on the official Tor website. It included several hundred lines of JavaScript and an introduction that warned: “This is an [sic] JavaScript exploit actively used against TorBrowser NOW.” Tor cofounder Roger Dingledine quickly confirmed the previously unknown vulnerability and said engineers from Mozilla were in the process of developing a patch.

FURTHER READING
Attackers wield Firefox exploit to uncloak anonymous Tor users
According to security researchers who analyzed the code, it exploits a memory corruption vulnerability that allows malicious code to be executed on computers running Windows. The malicious payload it delivers, according to an independent researcher who goes by the Twitter handle @TheWack0lian, is almost identical to one that was used in 2013 to deanonymize people visiting a Tor-shielded child pornography site. The FBI ultimately acknowledged responsibility for the exploit, which was embedded in Web pages served by a service known as Freedom Hosting.
“It’s basically almost EXACTLY the same as the payload used in 2013,” TheWack0lian told Ars. “It exploits some vuln that executes code very similar to that used in the 2013 Tor browser exploit. Most of the code is identical, just small parts have changed.”

Analysis of the 2013 attack is here. Where that attack sent a unique identifier to a server located at the IP address of 65.222.202.54, the new one sends data to a server at 5.39.27.226. The latter IP address is assigned to French Web host OVH. It wasn’t responding to queries at the time this post was being prepared.

Joshua Yabut, another researcher who also analyzed the code, told Ars it exploits a heap overflow bug that requires JavaScript to be enabled on the vulnerable computer. Yabut went on to say the code is “100% effective for remote code execution on Windows systems.” The exploit code, the researcher added, adjusts the memory location of the payload based on the version of Firefox being exploited. The versions span from 41 to 50, with version 45 ESR being the version used by the latest version of the Tor browser. The adjustments are an indication that the people who developed the attack tested it extensively to ensure it worked on multiple releases of Firefox. The exploit makes direct calls to kernel32.dll, a core part of the Windows operating system.

A representative of Mozilla said officials are aware of the vulnerability and are working on a fix. While the vulnerability was already being actively exploited, the publication of the complete source code now puts it in the hands of a much wider base of people. Until a patch is available, Firefox users should use an alternate browser whenever possible, or they should at the very least disable JavaScript on as many sites as possible. People should avoid relying on Tor in cases where deanonymizing attacks could pose a significant threat. Tor users can also disable JavaScript, but turning it off goes against the official Tor recommendations.

This post will be updated in the coming hours in the event important new details become available.

DAN GOODIN
Dan is the Security Editor at Ars Technica, which he joined in 2012 after working for The Register, the Associated Press, Bloomberg News, and other publications.
EMAIL dan.goodin@arstechnica.com // TWITTER @dangoodin001