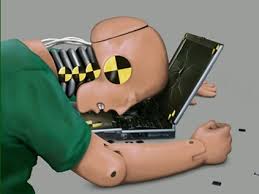 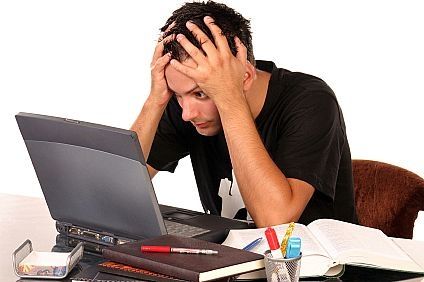 This is a problem I was having that I “solved” with a righteous reformat. However, I have no idea what was causing it; hours of Googling led to perhaps one other person with a similar problem, and I frankly didn’t know about Superuser at the time. My loss! Anyway, the problem is this: After having Windows 7 Ultimate 64-bit installed for a few months, I started having issues with the Open/Save As commands from any given file menu. Any time one of those commands was chosen, the program in question would crash. (More specifically, the problem seemed to happen whenever an explorer window was opened to try to navigate files. E.g., trying to upload files to an email in Gmail would cause a crash as well.) I don’t remember what program first crashed, but over time it happened on Word, Firefox, Chrome, IE, etc. Even Paint! Not Paint… It started slowly, too: with each program, I realized I could always do one of the commands once before it would crash. That is, say for Word, I was able to Open once successfully, but further attempts would cause a crash. Same for Save As or any similar command. Then in Firefox or any other program, I could do each one only once, and so on. There were never any popups or errors associated with this. I would simply press Open/Save As/whatever and for a split second I would see the explorer window come up, and then the whole thing would just close. The computer was, to the best of my knowledge, completely virus/malware/spyware/everything free. I can’t think of a major system event or change that precipitated this problem. I did make four minor (at least I thought) registry changes in order to make it so that “Favorites” and “Homegroup” would no longer appear in the navigation pane on explorer windows, including the Open/Save As windows (see instructions here and here, respectively. I followed the Step 9 instructions as well, as I do have 64-bit), but I made those months before I realized the problem was happening. I’m open to the possibility that they were causing the problem the whole time, and that I was unobservant enough to have never realized it was going on until much later. If this is the case, I’m about to feel really foolish. Also worth noting, no one else on the forums I used in the first place complained about such a problem. Any thoughts on what happened from people far wiser than I?

Try to Save As from IE, Chrome, or FF and it crashes. Trying to save from Word, same thing. I updated the Network visibility and the problem vanished immediately. Here’s what I did: Open the Network and Sharing Center. On the left side click on Change advanced sharing settings. Click onHome or Work and then select T*urn off network discovery*. Save it and close. That’s it.

In my case it seemed to be Microsoft SharePoint workspace that caused the problem.

I have disabled it in Microsoft office installation (system/programs) plus I have stopped the service groove.exe. Maybe this helps.

In my case could directly open and save files from the internet.

This took me 6 hours to find!!

See here the links of microsoft

Try to stop its service(services.msc) or uninstall it.

for you reference “Disable or Block SharePoint Workspace”